I bought my first “serious” Mirrorless camera three years ago when the Nikon Z6 came out. I bought it mainly because I like new tech and I wanted to see what all the fuss was about. Back then the mere mention of Mirrorless brought Sony to mind. Sony got a big jump on the industry. However, the handwriting was on the wall. Soon all manufacturers began their transition from DSLR to Mirrorless.

My former camera was the legendary Nikon D850. An amazing camera body and in my opinion one of the best cameras Nikon ever produced. Since I already had a D850 I chose to get the Z6 over the Z7. Again, I wasn’t planning on switching at the time. Nikon made it really easy to start using their Mirrorless cameras because they included an (FTZ) adapter that made it possible to use your existing F-Mount Nikon lenses with no loss in quality. This was probably the biggest thing they needed to do if they ever hoped to get people to consider or move to mirrorless. Bodies come and go, but people hold on to good glass (lenses) for years and years.

I started using the Nikon Z6 Mirrorless and I never stopped!

I even upgraded to the Nikon Z6 II when it came out. I hadn’t realized or really thought that I had switched to mirrorless years ago, but I had. I wasn’t shooting with my DSLRs anymore. I never planned on this, but it just happened. I got so used to the Z series that I started using it full-time. I started buying Z lenses that were smaller, lighter, and sharper.

Now here we are three years later and it hit me that I have all this “old” equipment that I just don’t use anymore. Why am I holding on to it? I always say that “tech is only worth less the longer you hold on to it.” Last Saturday, I ordered the last three mirrorless Z lenses that I was missing and I went to my attic, grabbed all my DSLR equipment boxes, and boxed up everything I had that was DSLR. Three bodies, seven lenses, and other accessories. I got a quote from KEH and B&H and shipped it all to B&H. It’s gone!

My transition is complete and I’m not looking back!

A. The advantages of mirrorless are smaller lighter bodies and lenses, better more advanced autofocus systems with auto eye focus, animal eye focus and automobile focus, faster fps for less money, viewfinder image review, and you can shoot in complete silence (no shutter noise). Great for events where you don’t want the shutter sound to be a distraction. Also, the mirrorless lenses are amazingly sharp. Since image stabilization happens in the body, there’s no need to have/buy image-stabilized/VR lenses. Lastly much lower noise in your images.

Q. Any other reason?

A. Every decade or two there is a major shift in technology. Most major manufacturers have stopped the development of DSLR tech. This means no new DSLR bodies or lenses. The DSLR you have now will likely be the last one you buy because there will be no upgrades from here on out. Knowing that there will likely never be a Nikon D950 or D860 means that I would be deciding to never get a tech upgrade and that’s just not me.

Side benefit: I’ve had problems over the years with USB mini and USB-3 connections on my DSLRs and tethering. So much so that I’ve had hundreds of dollars in repairs to fix the ports/boards on a few of my Nikons over the years due to my apparent heavy-handedness while plugged in. Having a USB-C port on my smaller Z series cameras has been a dream!

Q. You said you could use your old lenses with the adapter. Why buy new lenses?

A. Yes, you can absolutely use your existing lenses with the adapter. With that said the newer mirrorless lenses are usually lighter in weight and sharper.

Q. What about specific lenses that haven’t come out for mirrorless yet?

A. I have one. I have a Tamron 150-600mm. I’m keeping it because they haven’t come out with a mirrorless equivalent yet. It works great with the FTZ adapter in the meantime.

Q. Any downsides to your switch?

A. The only thing that I miss from DSLR is when I work in the studio. It was quite a shock going from looking through the lens to looking at a computer screen inside the camera. I’m used to it now, but that was the hardest thing to get used it at first. There’s nothing wrong, it’s just different.

Q. Why Nikon Z6 II instead of Nikon Z7 II or even the Nikon Z9

A. Remember I was never planning on switching. It wasn’t that the idea was out of the question, it just wasn’t planned. Since I had a D850 I didn’t see the need to also have a Z7 II. Now if you told me back then that you will be switching to Mirrorless AND giving up your D850, then I might have gone with the Z7 II instead. However, after shooting the Z6 and Z6 II, I’m not really regretting it. Would the Z7 II improve my photography? Probably not. The image quality is very similar and some even argue better on the Z6 II. In either case, it wasn’t worth the $1,000 difference in price to me since I didn’t need more megapixels. The same goes for the Nikon Z9. By most accounts, it’s one of the top mirrorless cameras on the market today! However, it’s $5,496. I haven’t paid that much for a body since the Nikon D4. I probably won’t pay that much for a body ever again.

Q. Why sell to a store instead of individuals? Aren’t you leaving money on the table?

A. When you sell your gear to a store you are almost always going to get less for it since they are going to mark it up and resell it. I used to sell things on eBay all the time, but I’m so turned off to selling to individual sellers because of all the scams out there and the frustrations of dealing with individuals/strangers. I took less for a hassle-free transaction.

Q. Which camera and lenses do you have now?

Q. Since a complete switch involves buying new lenses, is this the time to also consider a different brand?

A. Yes it is. Many used the transition from DSLR to Mirrorless also as an opportunity to switch to a different brand. As I said, many switched to Mirrorless and Sony at the same time. My post comments are full of stories of people switching to Fuji, Leica, Olympus, and others. If you’ve been considering a brand switch, this would be the time to do it.

By the way, I did switch to Sony for all my Live Streaming and Video stuff. I’m using the Sony ZV-E10 and LOVE IT! It’s the fastest most accurate autofocus system I’ve ever seen! Granted I haven’t tried the Nikon Z9 yet (which is 5 times the price).

A. Nope, not at all. You can keep using your DSLR gear for as long as you like. My decision doesn’t impact you one bit.

Q. Should I get upset or defensive because you switched and leave mean comments here or on Facebook?

A. No need to be defensive. I’m not telling you to do anything. If you’re not interested in mirrorless, keep scrolling. This doesn’t affect you. No need to get all in your feelings. Keep doing you! You don’t owe us any explanation as to why you’re NOT switching.

It’s really not a question of if most will switch to mirrorless, but really a matter of when? The industry (not me) has decided that DSLR is dead. That’s tough to hear because most have spent good money on DSLR equipment and it still works great. The same was said about film cameras when digital was new. People fought that transition too. People generally hate change. There is nothing you “have to” do today or ever. If you like upgrading to new equipment though, the path for DSLR upgrades has come to an end. You have been shooting mirrorless for years too. Every time you take a shot with your smartphone, you’re shooting with a mirrorless camera.

Have a great day!

The post My Switch To Mirrorless Wasn’t Planned, But It Is Complete! appeared first on Terry White's Tech Blog.

Uncertainty lingers on with global oil and gas investment 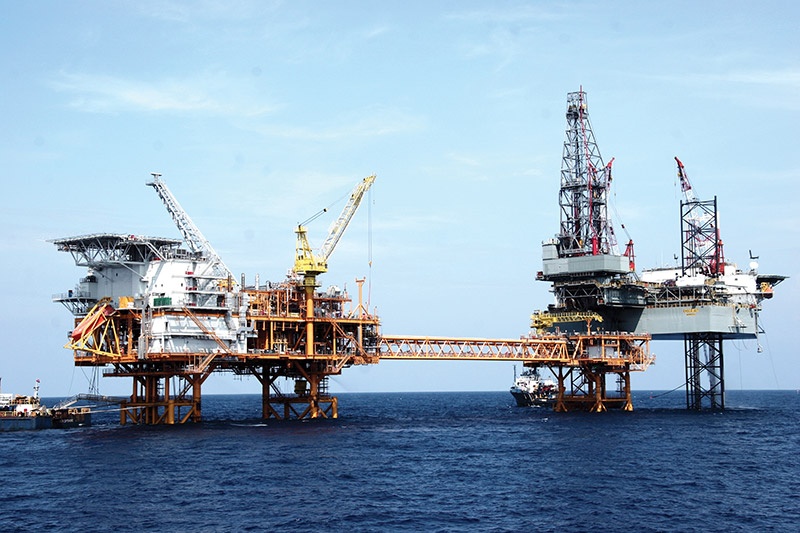