Three Chinese astronauts have begun a six-month mission, to work on the country’s new space station.

It is China’s latest step towards making itself a leading space power for the decades ahead.

What is the Tiangong space station?

Last year, China put into orbit the first module of its Tiangong or “Heavenly Palace” space station. It plans to add more modules, such as Mengtian science lab, by the end of the year.

Next year, it will launch a space telescope, called Xuntian. This will fly close to the space station, and dock with it for servicing and refuelling.

Tiangong will have its own power, propulsion, life support systems and living quarters.

China is only the third country in history to have put both astronauts into space and to build a space station, after the Soviet Union (and now Russia) and the US.

It has big ambitions for Tiangong and hopes it will replace the International Space Station (ISS), which is due to be decommissioned in 2031.

Chinese astronauts are excluded from the ISS because US law bans its space agency, Nasa, from sharing its data with China.

China’s plans to reach the Moon and Mars

China’s ambitions do not end there.

A few years from now it wants to take samples from asteroids near the Earth.

By 2030, it aims to have put its first astronauts on the Moon, and to have sent probes to collect samples from Mars and Jupiter.

What are other countries doing?

As China expands its role in space, several other countries are also aiming to get to the Moon.

Who makes the rules for space?

What is China’s history in space?

China put its first satellite into orbit in 1970 – as it went through massive disruptions caused by the Cultural Revolution.

The only other powers to have gone into space by that stage were the US, the Soviet Union, France and Japan.

In the past 10 years, China has launched more than 200 rockets.

It has already sent an unmanned mission to the Moon, called Chang’e 5, to collect and return rock samples. It planted a Chinese flag on the lunar surface – which was deliberately bigger than previous US flags.

With the launch of Shenzhou 14, China has now put 14 astronauts into space, compared with 340 by the US and more than 130 by the Soviet Union (and now Russia).

But there have been setbacks. In 2021, part of a Chinese rocket tumbled out of orbit and crashed into the Atlantic Ocean and two launches failed in 2020.

Who is paying for China’s space programme?

Chinese state media Xinhua said at least 300,000 people have worked on China’s space projects – almost 18 times as many as currently work for Nasa.

The Chinese National Space Administration was set up in 2003 with an initial annual budget of two billion yuan ($300m, £240m).

However, in 2016 China opened its space industry to private companies, and these are now investing more than 10 billion yuan ($1.5bn, £1.2bn) a year, according to Chinese media.

Why is China going into space?

China is keen to develop its satellite technology, for telecommunications, air traffic management, weather forecasting and navigation and more.

But many of its satellites also have military purposes. They can help it spy on rival powers, and guide long-range missiles.

Lucinda King, space project manager at Portsmouth University, says China is not just focussing on high-profile space missions: “They are prolific in all aspects of space. They have the political motivation and the resources to fund their planned programmes.”

China’s Moon missions are partly motivated by the opportunities to extract rare earth metals from its surface.

However, Prof Sa’id Mosteshar, director of the London Institute of Space Policy and Law at the University of London, says it probably would not pay for China to send repeated mining missions to the Moon.

Instead, he says China’s space programme is driven more by a desire to impress the rest of the world. “It’s a projection of power and a demonstration of technological advancement.”

Tue Jun 7 , 2022
[ad_1] image: The beam-steering antenna technology has been developed to raise the effectiveness of mounted base station antenna at 5G (mmWave) and 6G, and can also be tailored for car or truck-to-car or truck, car-to-infrastructure, vehicular radar, and satellite communications. see more  Credit history: Credit: dem10 Birmingham researchers have revealed a […] 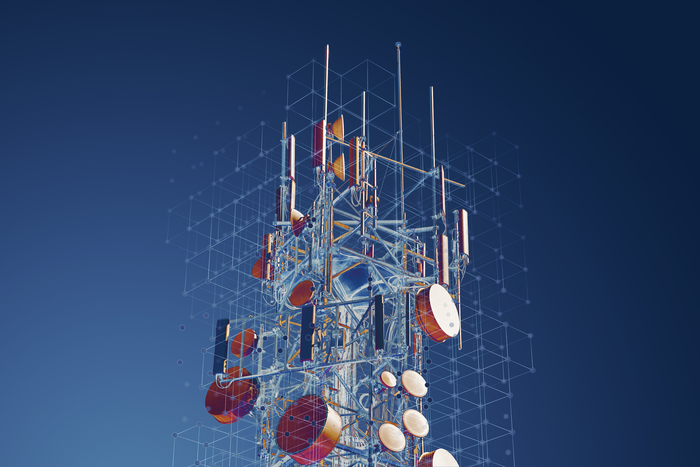