As cord-cutting becomes more popular, TV networks have responded by bringing their popular cable channels to the internet. That means you no longer need an expensive satellite or cable TV service to watch local news, sports, and your favorite shows live. Most services even offer DVR service in the cloud, so you can record your favorite shows and watch them later–sometimes with the added perk of being able to skip past the commercials.

But with all this competition comes more confusion. Between Sling TV, YouTube TV, Hulu + Live TV, and others, cord-cutters have a lot to think about. Each service has its own quirks and caveats, and their channel lineups (and increasingly, their prices) are constantly in flux. Here are top picks today, with links to our in-depth reviews.

YouTube TV might not meet every cord-cutter’s needs, but even at $65 per month, we think it’s the best path to local stations, live news, national sports, and a broad selection of entertainment channels. It also includes cloud DVR service that can record an unlimited number of programs for up to nine months. If you’re looking to replace cable TV with something cheaper, this is your safest bet.

What sets Hulu’s $70-per-month live TV bundle apart from others is its inclusion of Hulu’s on-demand service (normally $6 per month), which includes a large catalog of network shows, plus originals such as The Handmaid’s Tale and Castle Rock. Hulu’s interface can be busy, but it ties everything together in a way that encourages discovery. It costs $5 more per month than YouTube TV, but it includes access to Disney+ and ESPN+ (Disney owns all three streaming services).

Tiered pricing starting at $69.99 per month ($10-per-month discount for the first three months)

At $90 per month for its “Choice” package, DirecTV Stream is not a particularly great deal for cord-cutters, but as of this writing, it’s the only way to regional Bally Sports networks (formerly known as Fox Sports) or the YES Network without cable or satellite TV service. That service tier also includes NBA TV and MLB Network for good measure.

Sling TV is an intriguing option if you’re using an antenna to get local channels, because it doesn’t include much local coverage on its own. As such, its starting price of $35 per month is a lot lower than other bundles, and you can add channel packs that otherwise might be cost-prohibitive. On the downside, integrating local over-the-air channels with the Sling app requires extra hardware. 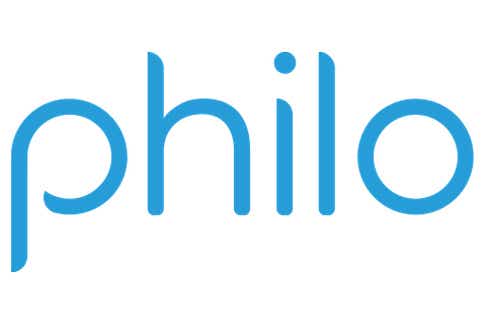 Philo is the biggest bundle you can get with no sports channels. As such, it only costs $25 per month, with channels from AMC, Viacom, Discovery, and A&E and unlimited cloud DVR service. Philo is a fine supplement if you can get prime-time shows and sports from an antenna.

What is a TV streaming service?

TV streaming services like YouTube TV and Sling TV carry live network television programming from the likes of ABC, CBS, and NBC. Most also include feeds from your local broadcaster (channel 2, channel 4, etc.). In this regard, they’re close cousins to cable and satellite TV, but their content streams over the internet instead of coming into your home via coaxial cable or a satellite dish on your roof. Most streaming TV services let you record live TV programming to a DVR in the cloud, just like cable and satellite TV set-top boxes–or third-party devices like TiVo–do. Some let you skip past the commercials in live TV. This policy, the number of programs you can store in the cloud, and the length of time they’re stored, vary by service provider. You can read our individual reviews for those details.

What’s the difference between TV streaming and video streaming?

TV streaming services like the ones covered here differ from video streaming services like Netflix and Amazon Prime Video in that the latter services don’t offer live TV programming or shows you’ll find on network television (ABC, CBS, NBC, et al). Netflix, Amazon, and the like are more focused on movies and TV shows they produce on their own, although they also license movies and TV shows from other producers, including the aforementioned broadcast networks.

You don’t need a set-top box or a tuner to receive streaming TV, but you will need an internet connection and a display you can watch TV on. Most people will use a smart TV, and virtually every TV manufacturer builds those these days, including LG, Samsung, and Vizio to name just a few. You’ll find our top picks in smart TVs at the preceding link. You can also subscribe to these services with a streaming device that plugs into a TV, such as an Amazon Fire TV, Apple TV, Roku, or something similar. Such devices come as either an HDMI stick or as a small box with an HDMI cable. They connect to your TV’s HDMI port either way, drawing power from the TV’s USB port or from a power adapter. You’ll find our top picks in streaming devices at the preceding link. Yet another alternative would be to install an app from your TV streaming service provider of choice on your smartphone, tablet, or personal computer.

Other TV streaming services to consider

If none of our top picks meet your needs, sports fans might want to read our thoughts on FuboTV. Vidgo is another less-expensive competitor, although we were even less enthused with it the last time we checked it out.

If local channels are important to you, click the following links and enter your zip code to see which channels are available on DirecTV Stream Hulu with Live TV, FuboTV, Sling TV, and YouTube TV.

Updated June 23, 3022 to add information about the differences between TV streaming and other video streaming services.